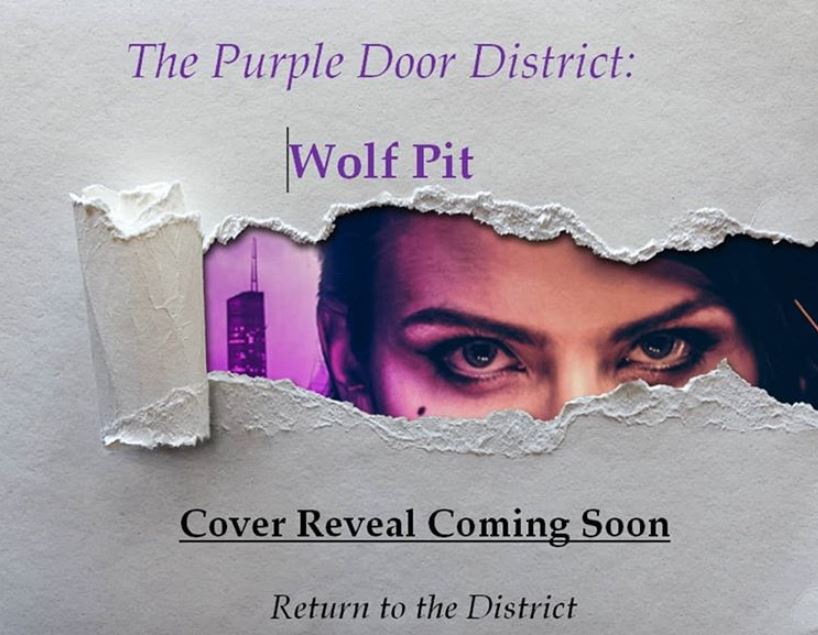 After 6 grueling months, several weeks of depression, and enough overtime at work to last me a lifetime, I finally finished the first draft of The Purple Door District: Wolf Pit. Book 1 clocked in at about 76,000 words. Wolf Pit? As of now, she’s a whopping 99,000 words. Granted, she still has to go through editing, but I’m headed in the right direction.

So what does this mean for the final piece?

Ideally, I would like to publish Wolf Pit by December 2019. I’m not officially making this the date, as it’s going to depend on a couple of things.

1. I’m attempting to get accepted to #writementor with my YA fantasy book Dragon Steal. If I’m selected, I’m going to spend the summer working with a published mentor to get my book in shape for an agent showcase. That means PDD might have to get pushed back a bit.

2. Editing. Editing takes a lot of time and the book is longer than the first one. I need to do my revisions, I have to send it to my co-world-creator, AE Kellar, to pass her inspection, I need a few sensitivity readers to look it over, not to mention my main editor Leona Bushman will have to rip it apart so I can rebuild it. And after that, I have proofreaders who need to review it. That all takes time, and I don’t want to rush it. So, if I don’t make the December deadline, I imagine it’ll be ready by early 2020.

I’m sure I’m going to get the stink eye from some of my readers and a scolding from fellow authors. Why is it taking me so long to put out a book? Well, there are a few factors. I work a 40+-hour job each week, volunteer for The Iowa Writers’ House, and I’m a Director of The Writers’ Rooms. On top of that, I spend time marketing my main book, querying Dragon Steal, blogging, interviewing authors, etc. It all takes time, and when writer’s block or depression hits, that means it’s going to take even longer. I honestly don’t take many breaks from the computer. I’m usually always doing something when it comes to writing, even if it’s not for PDD specifically.

Believe me, it’s not that I don’t consider PDD a priority, I just have to make sure I pay the bills and put food on the table. And at the same time, I have to take care of my mental and physical health, which have both been up in the air over the past year. I wish I could write as a full-time author and produce more, but at this point in my life, that’s not a possibility. So while I hate to delay the books, it’s something I just have to do. That’s why I try to keep my patreon updated so that people have short stories about the characters they can read while the book is in production.

Now, that all being said, what’s Wolf Pit about? (Spoilers: If you haven’t read PDD 1, I suggest you not read the book promo).

Tess Montgomery isn’t your typical member of the Chicago wolf pack. In fact, she’s not a wolf at all. She’s an adopted fire magus of the pack and thus doesn’t always “play by the rules.” When her father and her best friend Nick are kidnapped in what the parahumans assume is a Hunter operation, Tess’s pack is thrown into turmoil. With Alpha Paytah unable to step outside the bounds of his new position as Violet Marshall of Chicago’s Purple Door District, Tess takes the reins to plan a rescue attempt.

Meanwhile, Nick and his fellow wolves find themselves in a world of battle and bloodshed. The Hunters have set up an illegal fighting pit where the strongest survive and the weakest are traded or killed. It’s all Nick can do to keep up the spirits of his packmates and help them escape. Or survive long enough until they’re rescued.

Unfortunately, Tess’ rescue mission fails spectacularly, leading to her capture. She finds herself the unwilling guest of a local Hunter named Arjun. Handsome, charming, and deadly, Arjun tries to convince Tess that not all Hunters are the enemy.  He even offers to help her find her packmates. But is he true to his word, or does he have his own wicked plans in mind?

As you can see, there’s a lot going on in this book and many POV switches so you can experience what’s happening both in Tess’s world and Nick’s. It was a challenge to provide equal time to both, but I’m hoping it works out.

I’m really excited to share the cover and the story with all of you. The cover I’m planning to release on May 1st, 2019 in its full glory. Those of you who are patrons, however, get to see it early 😉 That’s my gift to you since my story this month is going to be a bit late due to finishing up PDD.

I want to thank you for following me on this crazy journey/adventure, and I hope you’re excited for Wolf Pit.

Bianca was supposed to attend art school in Chicago, not run for her life from Hunters. The only chance she has to survive is to find The Purple Door District, a safe haven for a parahuman like herself…

Long time no write! As many of you may or may not know, I started up a patreon page for my fantasy stories. Today marks the release of the very first chapter of The Purple Door District, an urban fantasy story full of parahumans, magic, and witty banter. This is set in a world created by myself and my co-author, AE Kellar. We’ve been working on this for the past 7 years or so, and we’re both excited and nervous to share it with our readers.

The main series, title pending, revolves around parahumans, such as lycans, witches, and fae, (oh my) of both the past and modern world. The stories focus on their daily lives, their government, and how the sins of the past don’t always stay buried. There will be something for everyone in this New Adult series we are hoping to launch by 2019.

The Purple Door District itself is a safe-zone for parahumans to be themselves without fear of exposure. The series of Purple Door District novellas and short stories posted on here will touch on different story arcs that are set within the world we have created, but are not necessarily connected with the main series’ story line. While the main series will be co-written by myself and AE, the novellas and short stories will be single-author unless otherwise noted.

So what is this first novella about? Here’s a little taste…

Bianca was supposed to attend art school in Chicago, not run for her life from Hunters. The only chance she has to survive is to find The Purple Door District, a safe haven for a parahuman like herself. When she stumbles upon a magus named Gladus and a fellow avian named Carlos, she thinks she’s found safety. But the Hunters are relentless, as is the dark force driving them. Vampire, werewolf, avian, magus…It’s up to the parahumans of the Purple Door District of Chicago to put their differences aside to save Bianca and stop a dark threat from destroying their peaceful community.

To read the first chapter, become a patron here!